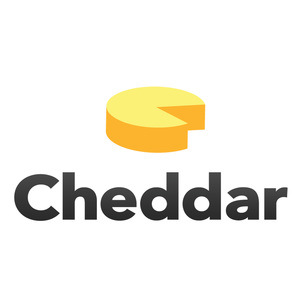 Falls has dedicated his career to engaging the developer community, with more than four years at SendGrid as Director of Developer Relations, helping the company grow from 6 to more than 250 employees during his tenure and raise more than $30M in capital. He later headed up Community Relations at Keen IO, a set of tools to help developers collect, analyze, and visualize event data.

“Tim helped create the playbook for reaching out to developers and nurturing community,” explains CEO Mike Trotzke. “His expertise will be invaluable to Cheddar as we grow.”

Known for his work leading developer relations strategies and teams, Falls has honed his understanding of how new companies can find the right segments of the community, and gain insights and feedback as they work with developers. He has recently taken this zeal and focused his work on harnessing the power of community to create positive social impact, using technology to do so.

Cheddar offers developer communities a new approach to billing that allows companies to switch fluidly between billing structures, be it a one-time, subscription, or usage-based model. This allows developers to refine their products and revenue models with the same responsiveness and fluidity that they refine features and other aspects of their software. The Bloomington, IN-based company recently received $1.25M in seed funding for its unique approach, led by Chicago-based M25 Group. Other participating firms include Little Engine Ventures, Connectic Ventures, Harbor Street Ventures, SixThirty, Cultivation Capital and Elevate Ventures. As part of the financing, Victor Gutwein from M25 and Mikel Berger from Little Engine Ventures also joined Cheddar's board.

Cheddar is billing built for developers. Using a unique usage-based approach to billing, we cut the time it takes to build monetization into a product by as much as 90%. No matter if their billing model is metered, one-time, subscription, or some combination, Cheddar allows developers to focus on building awesome products, not billing for them.